I want to give a heartfelt thanks to the servicemen and women who died serving our country, and those that are currently serving. Joseph E. Gordon was my mother's beloved cousin, and the only one in my mother’s circle of friends who did not come home after serving in WWII. 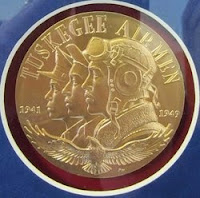 He was one of the 66 Tuskegee Airmen who gave the ultimate sacrifice for their country. 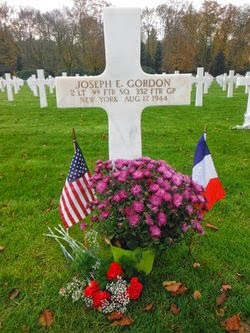 According to a news article, on August 12, 1944 his plane was shot down over France, after escorting bombers to Toulon, France, to destroy radar stations. Fighters from the 332nd Fighter Group began to draw ground fire. P-51 Mustangs flown by 2nd Lt. Gordon and 1st Lt. Langdon E. Johnson were hit; both pilots were killed.

They are buried at Epinal American Cemetery and Memorial in France. According to a government database, Joseph Gordon was awarded a Purple Heart.

Joe was his parents’ only child, and was loved very much by my mother and her three sisters. He was fantastic jitterbug dancer, and won competitions. My mother said since she never attended a funeral for Joe, she found it hard to believe he was truly gone, and used to search for his face on crowded streets. 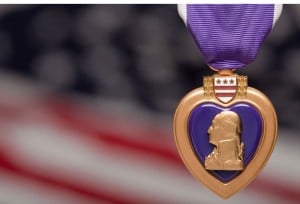