The Next Big Thing

What is the working title of your book?
Island Surprise

Where did the idea come from for the book?
I'm a member of Tuesday Tales, a blog of writers that writes to a picture prompt each week. It started by coming up with a scene writing to a picture prompt. The picture was of a small row boat beached on an island.

What genre does your book fall under?
It's romantic suspense, which is new for me.

Which actors would you choose to play your characters in a movie rendition?
For my heroine Claire I would choose Zoe Saldana, and for the hero, bestselling author, Sam Stewart, Patrick Dempsey

What is the one-sentence synopsis of your book?
Authors attending a writing conference in Hawaii stumble upon a murder and match wits against the murder.

Will your book be self-published or represented by an agency?
I hope to have it published by a publisher.

How long did it take you to write the first draft of your manuscript?
I'm not finished yet.


Who or What inspired you to write this book?
I was inspired by the picture, than built a character to be in the row boat, rowing to an island where she thinks she saw a murder.

What else about your book might pique the reader's interest?
The heroine is a romance author and her hero is a thriller bestselling author, she teamed up with as a writing partner. He helps her and her friend determine what happened, helps keep them safe, and of course wants a closer relationship with friend and his writing partner. In the middle of this they're attending a writer's conference, as the back drop to the story. Readers get to see what goes on at a writer's conference.


Check out author Lena Hart next to see what she has planned for The Next Big Thing
http://scatblogging.blogspot.com/

Thanks for stopping by my blog. This week's post features another installment of Island Surprise. We're picking up where we left off, poolside with Claire and Lacy. This week's writing prompt is finger.

The sound of water splashing in the pool and children’s laughter lingered before them. Claire watched as the expression on Lacy’s face slowly changed. Her smile morphed into a firm straight line. Her eyes were wide open, as thought she had a sudden jolt of caffeine. Claire noticed Lacy’s fingers started to twitch, she held her hands in her lap. Her index fingers especially seemed to have a mind of their own. Lacy looked down at her hands with a quizzical gleam on her face, as though she were looking at a stranger.

Wow, she’s really scared. She must be involved in this. “Is everything all right? Are you okay?”

“Oh, I’m fine. Well not really. I just got a real bad headache.” She brought one of her twitching hands to her head and rubbed it.

“Really, just now you’ve got a headache.” Claire sat up in the lounge chair and faced Lacy. “Can I get you anything?”

“No. I think I’ve just had too much sun. All of sudden I feel a migraine coming on.”

“Don’t worry, I get them every now and then.” Lacy began to quickly gather her things and her towel.

“Plenty of things bring it on. Too much sun, heat, hearing upsetting news.”
“Upsetting news?”

“Did I say upsetting news? Upsetting views, you know high heights and all that. And too little sleep.”

“Yeah, and it’s been stressful too. You know the whole nine yards with the planning and then it’s over leaving you with a headache.” She stood up with an arm full of her tote bag, towel, and sunglasses on top of her head. “Well I’m going up to the room to rest, maybe take something for this.”

“Yeah, bye.” She walked out of the pool area in a hurry, almost tripping over some children.
Claire watched as Lacy jumped out of the way of people coming into the pool area, obviously shaken up and eager to get away from her.

Ever since Claire saw Dan on the island, she thought he was the only one involved in whatever went on at the small island. The picture of Dan holding what appeared to be a blood stain towel raced into her mind and took hold. It chilled her to recall it, and her heart beat sped up at the thought. However, after witnessing Lacy’s reaction to news that a woman’s body had been found, as she said, murdered on the island, Claire believed Lacy knew a great deal more than she thought in the first place.

What she doing sitting at the pool? Although she didn’t like that he withheld information from her, she wanted to be Sam now. She didn’t feel safe with Dan and Lacy lurking around, especially after seeing her reaction. She needed to let Sam know and tell his police contacts that Lacy is probably involved in this somehow. She stood up and gathered her things.

Across from the pool on the veranda of the hotel, Sam was looking out at the pool and spotted her. His heart made a tiny leap when she stood up and he saw her skin exposed. Purple was her color, and it showcased her lovely body. He was glad he found her, and glad she was wearing that suit. Come back down to earth, boy, they’ll be time for that later. He was just happy he’d found her and she was safe. Hopefully she’d calmed down and would be reasonable. He turned around and took the stairs, losing sight of her due to the winding marble staircase.

Welcome to my little corner of the Internet. This week on Tuesday Tales we are writing to the picture prompt below. The following excerpt is from my WIP. The story takes place in beautiful Ulster County, New York right at the start of the fall season. Globetrotting photographer, Leslie finds herself running her mother’s Inn during the fall foliage season, with old boyfriend Kevin making needed repairs. She accepts his help with the Inn, but it’s a harder job to win her heart.

Kevin approached Leslie. “Just wanted to make sure that porch held up tonight.”

“It seems to be holding up just fine. Glad you could make it after all tonight.”

“Ellie didn’t need me to watch the kids tonight.”

Kevin walked over to the table and picked up two glasses of campaign. He returned back to Leslie and handed her a glass. She took and looked into his eyes again. How can he resist this woman? Even if she was in town for a short while, he swore right then and there he would make the most of their time together. Starting now.

He raised his glass to hers. “To a great fall foliage season. And to you, Leslie. I hope it’s everything you’re looking for.”
He was taken off guard by her hand around his neck, pulling him in for more. His lips touched hers and quickly parted for him. Surprised at her boldness, he reached for her with his free hand, bringing her close to his chest, and answered her parted lips with his searching tongue. She relaxed in his arm, and released a tiny moan that vibrated from her mouth into his.

She tapped glasses with him. “Yes, to a great fall foliage season—whatever that means,” she smiled. “And to you. Thank you Kevin for your help with all this. I couldn't have done it without you.”

He bend down and came face to face with her. He leaned in and slowly closed his eyes. He felt her nose against his and rubbed it back and forth before softly kissing her lips. He tasted the champagne with a hint of mint, and wanted to savor and devour her all at the same time. He fought the urge to demand more and pulled back, allowing her to breath.

Thanks for stopping by. To return to Tuesday Tales.

I was extremely happy to learn that my novella Love and the Economy is now available on the Secret Cravings Publishing SCP website, and will soon be available on Nook and Amazon. A release date shared with honoring my publisher and our Author of Year, Jean Joachim. What a great day! 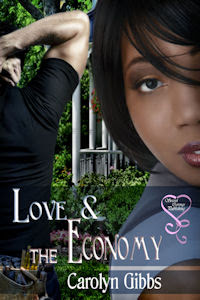 Last night the Romance Writers of America, New York City Chapter held their Golden Apple Awards. Well-known and up and coming authors were both honored. Congratulations to all the honorees!

Secret Cravings Publishing was in the house and well represented with its many RWA/NYC authors and their publisher. 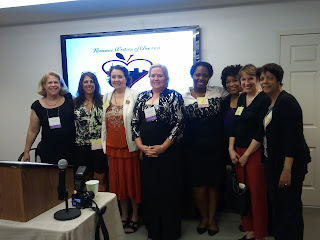 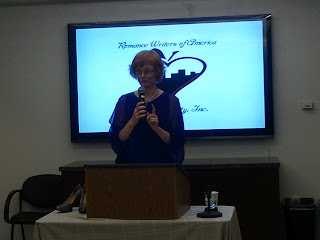 Eloisa James was given the Lifetime Achievement Award. 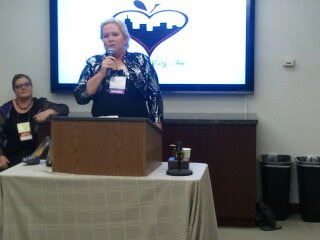 Author of the Year – Jean Joachim 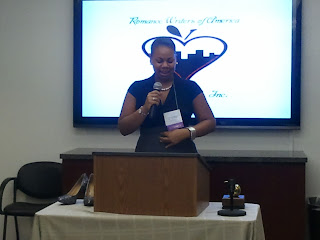 Editor of the Year- LaToya Smith of Grand Central Publishing


Agent of the Year – Louise Fury of the Lori Perkins Agency 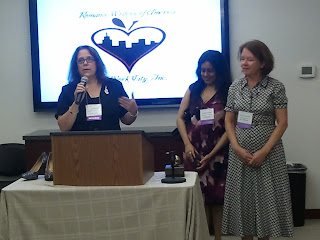 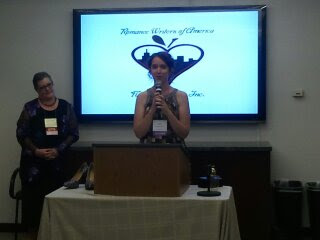 Librarian of the Year – Corinne Neary of the Jefferson Market Branch, NYPL


Bookseller of the Year – WORD Bookstore in Brooklyn, NY