The Thanksgiving short story, My Holiday House Guest is for sale on Amazon! 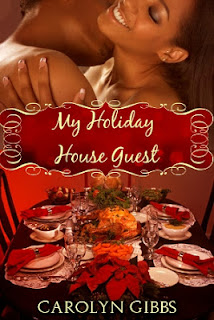 It’s Thanksgiving, and single mom Ravon Taylor discovers the kitchen’s not the hottest room in the house when her son brings a friend home for the holiday.  As soon as Douglas Jenkins, the young, handsome and hot graduate student, walks into her home he’s attracted to Ravon.  Love is on the menu when her holiday houseguest makes a move on her, and leaves her breathless.  Ravon wants to be with Douglas, but a part of her is worried about their age difference, and a secret she’s keeping could stand in the way of their happiness together.

Posted by Carolyn Gibbs at 12:57 PM No comments:

A winner has been randomly chosen from those who commented on the Howeloween Blog Hop. The winner is Cassandra!!
Congratulations, and thanks to everyone who commented and stopped by my blog.

Have a Happy and Safe Halloween everyone!


Hello, and welcome to my blog. Happy Halloween!

A winner will be picked and will receive an ebook copy of my novella Love and the Economy, a sexy story about what happens when a divorced couple are forced to live together again. Enjoy the post and the Howloween Blog Hop! 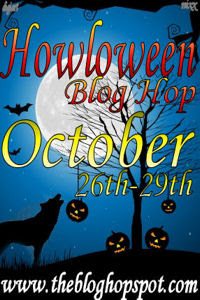 The parade is a fun city tradition, featuring hundreds of puppets, 53 bands of different types of music, dancers and artists. Everyone marching in the parade must be in costume, even pooches must dress up.

Since the election is only weeks away, marchers will be wearing masks of their candidate of choice or making a political statement. It’s all in fun.

For this year’s parade, I’m predicting Psy and his dancers will heat up the pavement on Sixth Avenue. I know it'll be a blast! 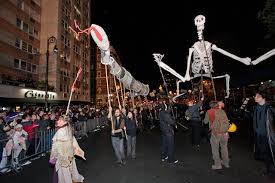 Thanks for stopping by and don't forget to leave a comment with your email address. Click here to return to the Howloween Blog Hop.
Posted by Carolyn Gibbs at 12:00 AM 7 comments:

Welcome to my blog and this week's Tuesday Tales is a picture prompt. Enjoy, and thanks for your comments.

It was the day before Halloween, and the decorations at the Clarkson Inn were complete. At first Leslie didn’t want to celebrate Halloween at the Inn, but Uncle Raymond thought it would be good for her.

When Kevin suggested they create a haunted house in the basement, Leslie couldn’t help but smile.

She was upstairs in her room trying on her costume. She finally got it on, and she heard a truck door slam in the driveway, then voices. She looked out her window, and saw Kevin’s truck, his cousin Wil was taking something out the back. Kevin went to the side door and rang the bell.

She hurried downstairs, careful not to catch her frilly dress on anything as she walked through the house. She opened the door for them.

Kevin took in her outfit from head to toe, lingering at her cinched waist. He didn't speak.

“I always wanted to be Cinderella when I was a kid, so I figured this was my chance. I might as well go for it.”

Wil couldn’t help himself and blurt out. “Well you sure made it that’s for sure. You look fantastic. Doesn’t she, Kev?”

Kevin was so taken aback by how she looked, he couldn’t get the words out, and needed a breath before he spoke. “Yes, you look beautiful. Like you’re ready for the ball.”

Leslie felt heat rush to her face and batted her eyes. “Thank you. What’s that?”

“Oh, it’s a steam machine for the basement. I thought it would be a good touch for the haunted house.”

She stepped aside and let them in. “Thanks, that’ll be great.” Her heart beat a bit faster, just being near him. Part of her was glad he showed an interest, but she knew she would only be there for a short time and didn’t want to get involved in something she knew would soon have to end.

Welcome to this week's installment of Island Surprise my WIP. This week's Tuesday Tales prompt is knife.

Dan and Crystal were on the small island at a table set for two at the site of the new hotel extension. They were sharing a snack of cheese and crackers from a picnic basket, and a bottle of wine, compliments of the hotel. After all the hotel staff assumed the picnic basket was for the honeymooners, and they went out of their way to accommodate Lacy and her new husband. The basket also included a pineapple and other tropical fruits. Next to the basket were utensils, a cork screw and a big sharp shiny knife meant to cut the pineapple.
Crystal sat on the edge of her seat listening to every word Dan said. “It still doesn't make sense to me. I know that you must be excited about this baby, the same way I am.”
“Look Crystal, you’ve got to believe me. I didn’t mean to hurt you, but we have no future, you and me. There is no us. I just married Lacy. Why don’t you take the money, and I’ll make sure the baby gets taken care of financially. He or she will never want for anything, but I can’t be there doing this with you. I just can’t. It’s out of the question.”
“It doesn’t make sense to me, Dan. Why did you bring me here to this island if you didn’t want to spend some alone time with me.” He heard the shakiness in her voice, and thought she was at the point of breaking down. Dan thought it would be easier to deal with Crystal on the small island away from nosey hotel staffers who could report back to their boss and Lacy’s father. He told Lacy he was meeting with her on the island and wanted to handle it himself.
He stood up and walked over to Crystal who had just burst into tears. He put a hand on her shoulder and rubbed her back to comfort her, not really knowing what to do. His gaze fell to the table and the knife caught his eye. Maybe I should put that in the basket. Don’t want her to get any ideas.
Crystal stood up and put her arms around Dan. He was taken by surprise, but continued to pat her back. He reached for the knife on the table with his other hand, just as he picked it up a familiar voice came up from behind him.
“So this is how you handle it, Dan? I thought you were breaking it off with her.” Lacy shirked from behind trees as she approached them.
Dan released Crystal in a flash, put still held the knife.
“Get your hands off my husband. It’s over Crystal, and how dare you show up here. You must be crazy.”
Dan was surprised at Lacy. He’d never seen this side of her before. He was trying to be gentle with Crystal, but she wasn't having any of it.
Crystal turned around and faced Lacy head on with straight posture. “How dare you talk to me like that. I’m carrying his baby. Can you say that?”
“Is she crazy? I don’t have to say that. I’m his wife. I count, you don’t.”
Dan wasn't sure who struck first, but before he knew what happened his two women were throwing blows at each other. He wanted to break it up, and looked down at his hands and saw he still held the knife. “Hey, stop it you two. Stop.” He waved his arms and threw the knife in the picnic basket. Next a crash rocked the tranquil island as Crystal went down and hit her head on the stone table, face first. The blood gushed out of her head that had split open at the forehead. What happened next seemed to go in slow motion to Dan, as it was permanently implanted in his brain. He went to Crystal’s side to see it he could help stop the bleeding, but it was no use. There wasn't anything he could do. Crystal was gone. 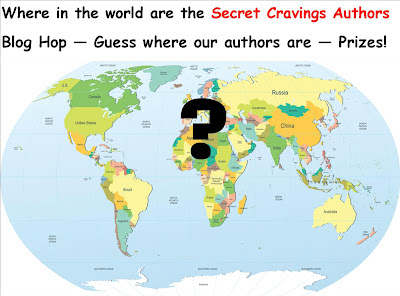 Welcome to my blog and Secret Cravings Publishing’s Where in the World are the SCP Authors Contest.

Guess my location town based on the clues below.

In honor of the presidential election coming up, the clues are about past presidents.

A former President is buried here.

One of our most famous Presidents was born here.

We have a popular Square named after one of our past presidents.

Our nickname is a healthy and tasty snack.


Please leave your guesses in the comments section, with your email address.  A winner will be drawn from those who guess the correct location, winner of the drawing will  receive a copy of my novella, Love and Economy.