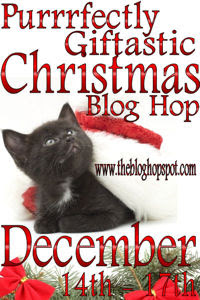 A big congratulations to my two winners Gale and Ashley!
And thank you to everyone who stopped by and commented during the blog hop. It was fun, and I liked reading you comments!

Hope everyone has a Happy Holiday!

Welcome to my blog! The holidays are a time for giving, and I'm starting the holidays off by giving two commentors on my blog my novella, Love and the Economy, from Secret Craving Publishing. I will be randomly picking the two winners on Tuesday and will annouce the winners on my blog Tuesday.

All you have to do to win is leave a comment here about your favorite holiday movie, either big or small screen.

My sentimental is favorite It's a Wonderful Life, such great emotion in that story. I also love Scrooged, Bill Murray's updated take on the Charles Dickens classic, A Christmas Carol. And for me it wouldn't be Christmas without seeing the Ron Howard movie How the Grinch Stole Christmas! He gives the Grinch's backstory, which was great to see.

Winners will receive a PDF copy of Love and the Eonomy

Blub - Just when Andrea Elliot thought life was getting back to normal after the divorce, her ex, Daren is moving back home. While the ink on their divorce papers dried up, so did the U.S. economy, and Daren’s architecture firm. Since Daren can’t afford to support two households and a floundering business, his accountant advises the couple live together in the family home – just till the economy improves. This couldn’t have happened at a worse time for Andrea. She's just started to date again.

When the empty elevator arrived, they walked in and both reached for the lobby button, their hands colliding. A surge of energy flashed through Andrea as her hand brushed Daren’s, quick like a computer processor working, but she felt it nonetheless. Even though their marriage had ended, and she in fact had been the one who wanted out, being close to Daren still affected her.

”I’m sorry,” he said after their hands connected.

“Me too.” She looked up at him while the door shut. She referred to the elevator button mix-up, but her mind focused on the news they had just received.

Andrea hated to admit it, but standing next to Daren affected her in a surprising way. As they stood in the elevator, her mind conjured up other times they had shared close quarters and took advantage of the moment.

She smiled to herself as she recalled a similar elevator ride in the beginning of their relationship, which ended with her pressed against the wall underneath him, stealing kisses on the way to their hotel room.

She glanced over at Daren. His thick, wavy black hair fell naturally into place and always looked as if someone had just run a hand through his hair, adorning him boyish charm. His piercing brown eyes competed with his hair for attention, and usually won. Admiring his tall, athletic build in his dark suit, she could tell he had put effort into his appearance for this meeting. She wondered if he had something planned later or if he dressed purposefully for seeing her today. She could smell his cologne, not too strong, just the right amount. He had shaved, leaving just a touch of stubble—the way he knows she likes it. Did he do this for her benefit, to help lessen the blow of today’s meeting? As he stood in the corner of the elevator, for a moment she longed to put her arms around him and feel the strength of the muscles noticeable under his custom suit. Thankful he couldn’t read her thoughts, she hoped he didn’t detect how he affected her.

Enjoy kicking off the holiday season with some great prizes and reads!
Return to Christmas Blog Hop!

Posted by Carolyn Gibbs at 2:12 PM