Thanks for stopping by. This week's Tuesday Tales writing prompt is ocean.

The five of them walked out of the elevator and onto the fifth floor of the hotel. When they reached room 511, Lacy turned to Sam and Claire, and handed Sam the card key. “Here’s your room.”

Claire winced inside and wished she could hit a rewind button and end the evening earlier. Whose idea was it to go for a stroll on the beach then to a night club for drinks? A combination of Dan who suggested the walk, and Sam who suggested the drinks.  Sam played the part as her boyfriend well all evening, holding her hand, and dancing with her at the club. And then it got too late to fly back to their island, so Lacy arranged rooms for them at the hotel. One of the perks of hotel ownership, she laughed.

“And your room’s next door,” she gave a card key to Nancy. “We’re right across the hall. If you need anything, just call the desk and they’ll take care of you.”

Sam caught Claire and Nancy’s silent exchange, and then Sam noticed Dan watching them from behind.

“Is anything wrong?”
Claire looked up at Dan. “Oh no, nothing’s wrong. I have no problem staying here tonight. But we do have to get back in the morning for the conference.”

“What time do you need to get back there, so I can make arrangements with the pilot to have plane ready?”
“I think, 10 o’clock would be fine,” said Claire. “Is that all right with you guys?” She looked at Sam and Nancy for confirmation. They nodded their approval back.
“Okay. I’ll let the pilot know. We’ll meet you at the hotel restaurant for breakfast at 8. That should give us enough time to eat and fly,” said Dan.
The “good nights” and “thank-yous” were exchanged as Dan and Lacy watched their guests go to their respective rooms. When Sam closed the door behind him, he stood at the door and listened till he heard the couple’s door across the hall close. 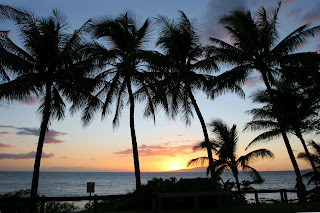 They walked into the room together. It was a very nice room, with a king size bed staring them in the face.
Nancy walked further into the room, past the bed and saw that they had a balcony facing the ocean. She opened the glass door and a sharp breeze swept in, blowing the sheer drapes. Sam came and stood behind her. She felt his body heat surround her although he hadn’t laid a hand on her, yet. Need to stop thinking like that girl. This is not the time to get your grove on. Her twin angel on her other shoulder said in her mind, If not now than when? Claire smiled at the inner battle going on inside her. She thought, he hasn’t even touched me and I’m already freaking out. If he could hear this dialogue in my head he’d laugh, and then maybe insist on putting it in a book. She lost it and laughed aloud.

Sam looked down at her and touched her shoulder. “What’s so funny?”

“I was just thinking of the turn of events that brought us here. This is crazy.” She stopped laughing.

“It’s crazy, but also very convenient. I’ve been trying to get some alone time with you, and good old Lacy hands us the keys to our room.” He leaned in and whispered in her ear.  “And it’s a very nice room.” He wrapped his arms around her and rested his head on her shoulder. “Why don’t we sit outside for a while before turning in?”
“Okay.”
Sam released her and then moved the two chairs together facing the ocean view. They sat in the two patio chairs.  Sam thought about telling Claire what Jerry told him on the phone about a woman’s body being
found on the small island. But then he looked at Claire. As she looked out at the ocean waves, her shoulders had finally dropped a bit and her expression soften. She had finally relaxed. The sound of the surf had calmed her down, and he didn’t want to upset her again. He decided to tell her tomorrow. Maybe then he’d learn more about the victim. For now he was just happy to be with quietly alone with Claire while they listened to waves rushing in.

Return back to Tuesday Tales for more stories by talented authors. http://tuesdaytales1.blogspot.com/

Posted by Carolyn Gibbs at 9:27 PM