Thanks for stopping by. This week's writing prompt is money. I have good news, the story I featured on my blog, Love & the Economy will be published by Secret Cravings Publishing, September 2012. I'll keep you posted.

At dinner Dan strategically positioned himself next to Lacy, but across from Nancy, so he could keep an eye on her. He appeared calm, but inside racked his brain about that morning on the little island. He wasn’t sure who he saw in the row boat leaving the island that day, but was a Nancy Wells pen that he picked up the beach. He was too far away and the sun was very strong in his eyes. He usually wore contacts but didn’t have time to put them in that morning. He was in rush and had even forgotten his prescription sun glasses, which he would wear if not wearing his contacts. In fact he hadn’t seen his glasses in a while. He made a mental note to check around the suite for them.

Dan thought about when he meet Nancy at the book fair. It was the first time he’d been to one and he was surprised to a box of pens at table Nancy was signing at. He noticed that she and all the other authors freely gave away pens, bookmarks and other favors to the buyers. Then it dawned on him. It doesn’t have to be her pen, just because her name is on it. Anyone could have one of her pens. He could’ve kicked himself. Dan slowly shook his head in disbelief, and then took a sip of his martini. Why didn’t he realize this before? Well with all the commotion his mind was focused on dealing with what he had to do instead of trying to track down someone who may have seen something he didn’t want to explain. After all accidents happened, but not on your honeymoon. Now he was entertaining a couple few strangers he ordinarily wouldn’t have meet. 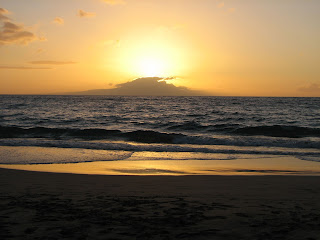 Lacy noticed Dan’s demeanor change. She watched him set his glass down. “Is everything okay, dear?” She touched his arm gently.

Dan pushed his thoughts aside and rejoined the table. “Yes, everything’s fine. I was just trying to remember where I left my sunglasses. I get the feeling that I lost them.”

“Oh, don’t worry about that now. They’re probably back at the room. We’ll find them, and if you don’t it’s not like we don’t have the money for another pair.” She smiled at him and blew him a kiss and continued her conversation with Nancy.
Sam overheard the exchange between the couple and watched as Dan picked at his olive with the cocktail pick. “You lose something?”

“Just my sunglasses. They’re prescription lenses, so I like to know where they are.”
“Oh yeah, I know what you mean. They’ll turn up.”
“Where do you guys live?” Asked Dan, changing the subject.
“New York City.”
“Oh, so are we. We’re right on 78th street near Fifth Avenue. “
“Nice, I’m downtown in Tribeca. You’re right at Central Park. One of our favorite places is the Ramble; you’re not far from there.”
“I jog through there. I love the Park and know it well.”

“You’re lucky to live so close,” Sam said as he felt his cell phone vibrate in his jacket pocket. He took his phone out. “Excuse me, I have to take this call.” He got up and walked towards the men’s room. He locked himself in a stale, but stood facing the door so he could see if the door opened. He redialed the number that just called him.
His old friend Jerry Mason, of the Detective’s Squad at the 14th Precinct answered his phone. “Hey Sam, thanks for calling me back.” Jerry and Sam were college buddies. Years ago Sam thought he would be a lawyer and even majored in criminal justice, but once he took a creative writing class his future began to change. Jerry was Sam’s sounding board for many of his crime thrillers, advising him on the nuances of police procedures, making sure his fiction sounded convincing.

“Do you have anything on this guy?”
“No Daniel Roberts is clean. He just married a very wealthy woman. His wife’s father is J.D. Hunter, a huge real estate developer in Hawaii.
“I know. I just rode on Daddy’s private plane.”
“You did. Well, you must be having a great time, while the rest of are busy working double shifts.”
“I’ll make it up to you later. I’ll treat you to a rib dinner.”
“I checked with Hawaiian officials, and they just found a woman’s body on the Island you mentioned to me early this morning. You didn’t see it on the news there?”
“Jerry, I’m at a writer’s conference, and now I’m trying to keep an eye on Claire and her friend. I haven’t seen a TV or newspaper since I arrived.”
“Well, they might be trying to keep this one quite for a while till they identify her, and try to get a handle on what happened. Her body was found on the small island, in a cave. Some hikers found her.”
“Maybe Claire was right, Maybe this guy is involved in this. She thought he killed his wife, but she’s alive and well. Please do me a favor Jerry and see if you can find out if there’s any connection between Dan and the woman”
“Of course Sam.”
The bathroom door opened and Sam could see the man through the crack in stall door. It was another patron, but he didn’t want anyone over hearing his conversation.
“Jerry, I got to go. Thanks a lot for your help.”
“Okay, Sam. I’ll be in touch if I have anything new to report. Bye”
“Okay, bye, buddy.” Sam tapped End Call and slipped his phone back in his jacket pocket. He flushed the toilet, and washed his hands then headed back to the table.

Posted by Carolyn Gibbs at 7:44 PM